Military coups have increased over the last year and a half. What is driving this challenge to democracy? How concerned should we be? Regional organizations and powerful states have sometimes played important roles in averting takeovers by military coups. How successful have they been? How can they improve? [ dur: 58mins. ] 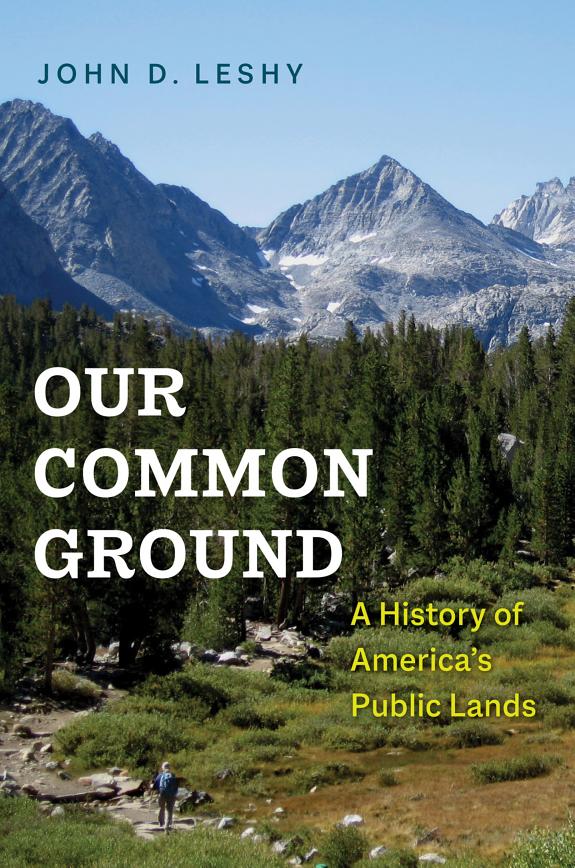 Public lands are one of the collectively owned riches of Americans. How does this history influence our contemporary debates on public land use? How has President Joe Biden advanced the cause of public lands and how is this different from other presidents? [ dur: 24mins. ]

Democracy is eroding in the United States? What are the causes and what should be done? Is the erosion of democracy because of political elites and specifically the reaction of the Republican Party to the 2020 election? Or does it run deeper? [ dur: 58mins. ]

The US Supreme Court faces a legitimacy crisis. The US faces a democracy deficit because of the power of the Court. How should the US address both concerns? Several proposals for reform of the Court have advocated change. Would these help to rebuild the Court’s image and legitimacy? [ dur: 58mins. ]

Cameroon has seen increased violence and an ongoing civil war based on its linguistic, sectarian divide. Can the nation survive? How much is this a democracy deficiency and how much is this failure of leadership? How can Cameroon overcome its governance challenges? [ dur: 36mins. ]

As civil war in Cameroon continued with clashes between the Franchophone and Anglophone populations, protests against violations of federalism agreements were met with state led violence. What were the impacts? We’ll hear from one of the organizers. [ dur: 22mins. ]

The death penalty in the United States has faced increased opposition based on ethical, political, and legal concerns. Several states have outlawed it, but the federal government has returned to its use with a feverish wave of state executions last year. We discuss the implications of the use of the death penalty in the US and examine additional forms of extreme sentencing, such as life without parole. [ dur: 58mins. ]

The filibuster threatens to block a great deal of the Democratic Party’s legislative wish list. We examine its history, its function in democracy, and its future. [ dur: 29min. ]

Then, we explore a new book on the peaceful uses of nuclear power: The Wretched Atom by Jacob Hamblin.[ dur: 29mins. ]

Presidents are often historically judged based on the accomplishments of their first 100 days in office. US President Joe Biden just passed his 100 day mark. How does his record compare to historical records? How likely are President Biden’s proposals to be adopted? Hosted by Doug Becker. [ dur: 27 mins. ]

After mass atrocities and crimes against humanity, how can societies reconcile? How is justice performed and how should we recognize these crimes? And what of the clash between international interests and local needs when dealing with the punishment and acknowledgment of atrocities? Hosted by Doug Becker. [ dur: 58mins. ]

Anti-Asian hate crimes have been on the rise since the outbreak of Covid. What is at its root? [ dur: 29mins. ]

To report a hate incident and for more information visit https://stopaapihate.org/

A new Attorney General will lead to new priorities. How should Merrick Garland’s Department of Justice confront hate crimes and terrorism? [ dur: 27mins. ]

Purchase at Amazon, Maria Interviews Journalists about working in the Danger Zone

Purchase at Amazon, Maria details case studies on Media's affect on the fate of this world.

Towards our production and interview library of The Scholars' Circle program.

Maria Armoudian is the author of two books, Reporting from the Danger Zone: Frontline Journalists, Their Jobs and an Increasingly Perilous Future and Kill the Messenger: The Media’s Role in the Fate of the World. She is a lecturer at the University of Auckland in New Zealand, the host and producer of the syndicated radio program, The Scholars’ Circle. Maria served as an environmental commissioner for the City of Los Angeles for five years,  on the Board of Taxi Cab Commissioners for two and worked on environmental protection, government oversight, poverty reduction, civil rights, and corporate reform legislation for the California State Legislature for eight years, Her articles have been published by the Columbia Journalism Review, New York Times Syndicate and the Los Angeles Times Syndicate, The New Zealand Herald, the Los Angeles Daily News, Grist, the Progressive, Salon.com, Truthout, Alternet, Inc., Daily Variety, and Billboard. She also a songwriter & musician. Her CD is called Life in the New World. here.